Resurrection Drums long history as one of the Worlds largest and most comprehensive drums-only drum store has led us to work with some of the greatest and most respected professional drummers on the planet.  Check out some of our Alumni… 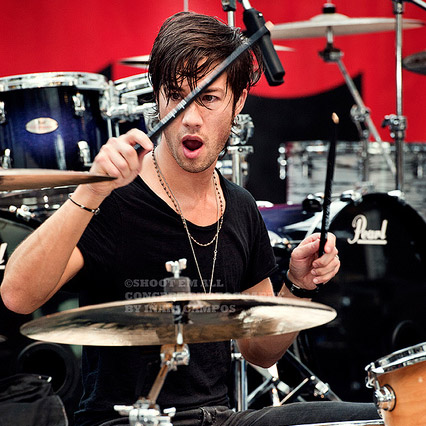 A UM graduate and RezDrums alumni, Brendan has been the drummer for Shakira since 1998.  Literate in every genre of music, Brendan has been able to record with many of the greatest pop acts of the day that include Gloria Estefan, Lauryn Hill, DMX, Julio Iglesias and Jackson Browne.  Odds are you’ve danced to Brendan’s playing a number of times. …and the famous Miley Cyrus “Wrecking Ball” live video where she breaks down crying…. That’s Brendan on Drums! 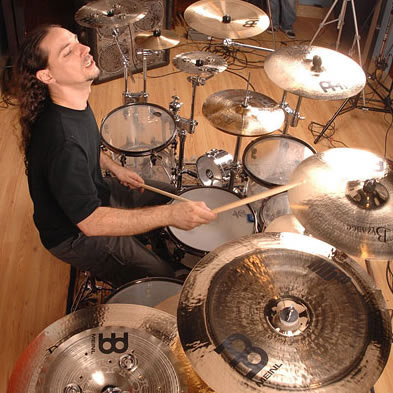 Derek Roddy is renowned in the extreme metal world for his approach to blast beats and extreme Drumming!  Once you’ve seen Derek play, you know that he knows what he’s talking about.   He has released many instructional books and videos on extreme metal technique and is predominantly recognized for his bands Hate Eternal and Serpents Rise, as well as records with Nile and Malevolent Creation. 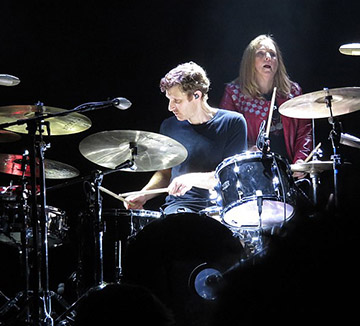 Eric, a UM grad, has worked with some of the biggest names in the business and then some!  Eric started off touring with Gnarls Barkley, and has since toured and recorded with Cypress Hill, Iggy Pop, Morrisey, Steve Vai, MC5, Slash, Beck, Charlotte Gainsbourg, and numerous Tom Morello projects.  He even got a chance to work with film score and Oingo Boingo legend Danny Elfman on 2012’s Oscar Winner “Silver Linings Playbook.” 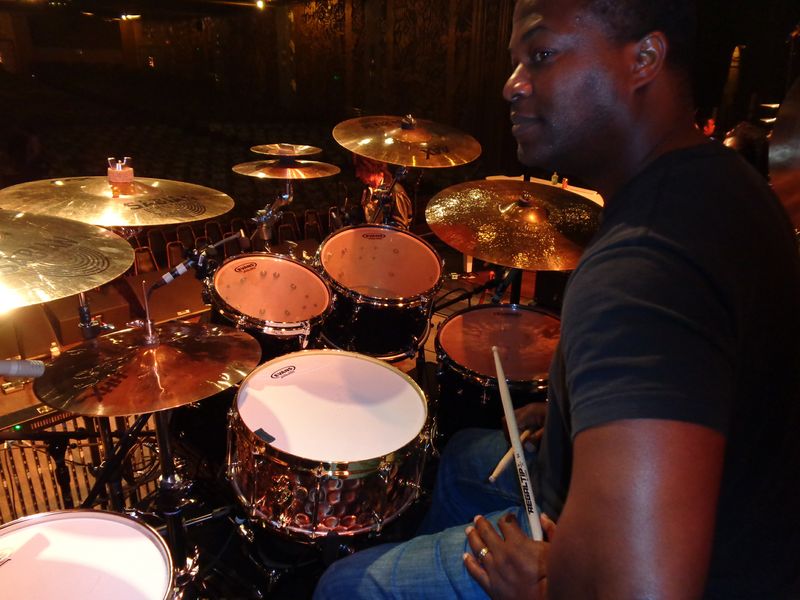 Jonathan, like many of the great players down here, grew up playing at his local church.  His mother was actually the Choir leader.  With an amazing Gospel foundation and tutelage at the University of Miami, Jonathan switched over to jazz as an adult and has since toured the world with jazz legends like Mike Stern, Randy Brecker, Pat Metheny, David Sanborn, and Joe Zawinul.  Most recently, Jonathan has joined Jeff Beck’s band—and just in time for Beck’s partnership with Brian Wilson! 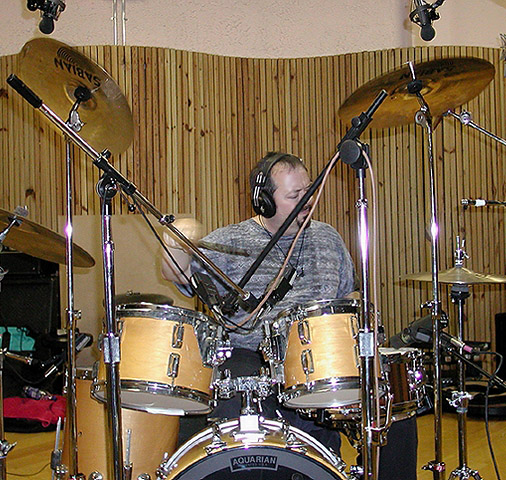 Keith has played with everyone there is to play with here in South Florida, so we sought Keith out to be our first major RezDrums Endorsee.  Keith brought 3 feet deep double bass drums around the world with the Pat Travers Band as part of our very excessive (and very 80s) Kill On Command custom drum series. Keith was recruited and joined “The Big Man” Clearance Clemmons’ Band where he held down the Drum Chair for many Years including hosting the Espy’s, Jeff’s favorite claim to Fame! 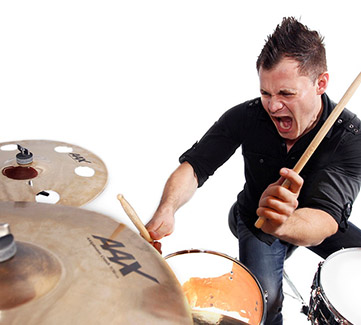 Mark, a UM grad, hit the local scene running, recording and playing with everybody here in Miami. He became an amazing “go-to” South Florida drummer, and joined up with Jon Secada. Mark moved to Nashville, and was soon touring with Chuck Wicks and up-and-comer Lindsey El, opening for the Grammy winning “ The Band Perry!” Mark is currently drumming with Tyler Farr, touring behind Tylers’ # 1 hit “Redneck Crazy”, opening for Jason Aldeen. This Summer Mark was seen on The Today Show, and The Indy 500! 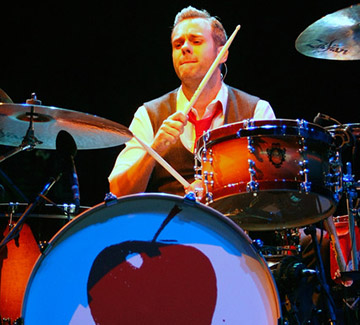 Mike was once the up-and-comer here at Resurrection Drums–that is, until his band Dashboard Confessional took off!  Mike’s been a major force in the rock drumming world ever since.  He’s been the drummer for the Avett Brothers since 2012, and recorded their album “The Carpenter” with producing legend Rick Rubin.  Fun Fact!  Mike was endorsed by Rez Custom Drums, and can be seen playing them on Dashboard Confessionals MTV Unplugged special!

Mike Marsh is endorsed by Ludwig Drums and Zildjian Cymbals 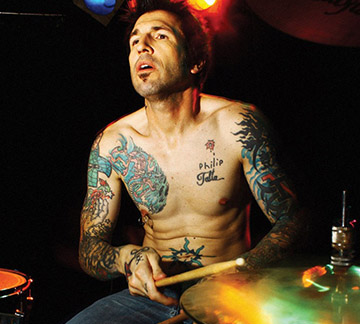 Phil rose to the top, while working at RezDrums, as a member of the much-loved, Certified Gold, Miami band Saigon Kick.  Phil later joined the legendary rock band Skid Row in 2000 for tours with Kiss, Poison and Def Leppard. 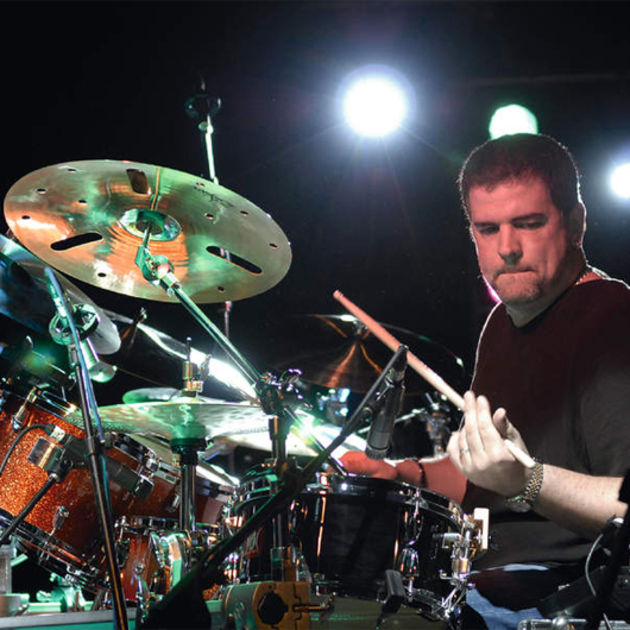 You’ve seen his face on American Idol, RezDrums alumni Russ is one of the greatest session players in the world right now.  He’s gotten to play with legends like Ray Charles, Tina Turner, Steve Perry, and The Fifth Dimension and has played on the soundtracks of many of today’s biggest blockbusters.  Fun Fact!  Russ actually hired Jeff as a teacher in 1989 at RezDrums!

Russ is endorsed by Mapex Drums, Zildjian Cymbals and sticks! 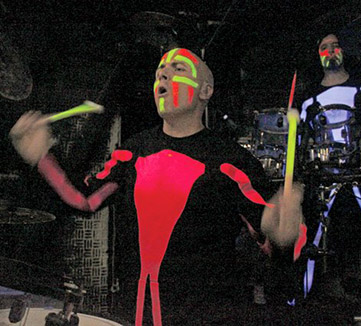 Vince, a UM graduate, made a name for himself locally playing with Miami’s top Musicians, and is currently one of the top drummers in the Blue Man Group Las Vegas. 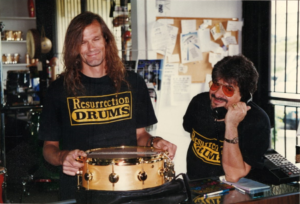 For over 25 years Resurrection Drums has been a home for the drummers of South Florida and drummers from around the world.  Providing a haven for those who love drums and drumming.  Our all-drummer staff has one goal in mind, to provide the best service to our customers.  We have the best of the best in custom drums, new drums, pre-owned drums and vintage drums.  And if you are just looking for a spare add-on drum, we got those too!

Are your old drums in need of some tender loving care?   We also provide repair, restoration and recovery jobs for your drums.  Just starting out playing drums or looking to brush up on your rudiments?  Our teachers give lessons right here in the store.

Call or stop by today to get everything you need for your drumming needs!